Dear patients, Our practice is an approved provider for Pfizer, Astra Zeneca, Moderna, Paediatric Pfizer (available 10 Jan onwards). Please make a booking through our website.
If you do not have a Medicare Card- please do not book with us for Covid Vaccine instead go to COVID-19 Vaccine Eligibility Checker to find the right clinic for you. 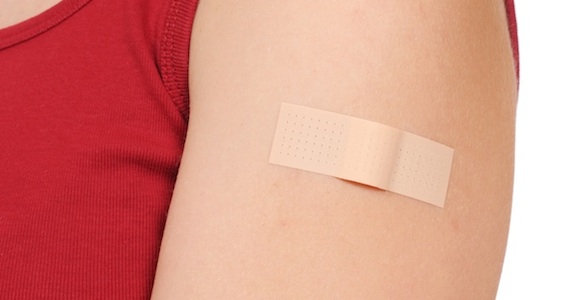 Most of us are really very good about having immunizations kept up to date for our children. If we do not do it, the schools make us comply. Even in college, measles and hepatitis vaccines have become routine.

In my office, it is surprising to see how many adults are totally unaware of what immunizations they need and the frequency required. I have summarized these below and have made a few comments.

Flu: Every year the virus that causes influenza (the flu) changes. The authorities try to determine which viral strain will hit the United States and then prepare enough flu vaccine to immunize the appropriate population. The virus is killed and cannot cause an infection. Many times patients tell me that they received the flu vaccine and still experienced “really bad colds”. We have a tendency to call every respiratory infection “the flu”. True influenza is a specific type of infection. There is a sudden onset of shivering with sweating, headache, a general achiness especially around the eyes, and misery. Cough is usually present beginning early on. It is easier to diagnose the real influenza during an epidemic than it is at other times, since the health department notifies us that it is “in the area”. There are medications that can reduce the symptoms or even prevent the flu (amantidine or rimantadine). If you are exposed to the influenza and have not received a shot, see your doctor. Medications are best if used early but can be used three to five days into the disease process. The flu vaccine does not prevent every upper respiratory infection, only influenza. Individuals who have chronic illnesses such as respiratory problems, heart disease, kidney failure, cancer, and diabetes should receive the vaccine. Also anyone over the age of 50, involved in the health profession, or residents of nursing homes should receive it. The best time to get influenza vaccine is between October and December. Studies have shown that absenteeism at work is markedly diminished if all employees receive the flu vaccine; so theoretically, everyone could receive it. A new shot is needed each year. A new inhaled drug has been released for the treatment of influenza (zanamivir). Unlike the other two, it also treats influenza B, not just A. With the real flu and with treatment within 30 hours of symptoms, it can decrease time to improvement by about 3 days. Although not yet FDA-approved to prevent disease once exposed, it is 70-80% effective in various trials. The flu vaccine is still the best way to avoid getting influenza.

Pneumovax vaccine: Prevents the most common type of pneumonia but not all pneumonias. Luckily the immunization lasts for a long period of time and usually only requires one injection. For those people who are particularly vulnerable, some recommend a repeat injection five to ten years later. Anyone who has had their spleen out, has problems with their immune system, has any chronic disease, alcoholics, nursing home patients, or those over age 65 should have the Pneumovax vaccine.

Hepatitis: Immunization against hepatitis requires three injections. Healthcare workers, those involved in caring for the chronically ill or disabled, prison workers and inmates, hemodialysis patients, intravenous drug users, household contacts and sexual partners of hepatitis patients, and travelers to some countries need the series of shots.

Tetanus or “lockjaw”: Is one of the more frequent immunizations that is overlooked. We receive it in childhood and the last injection is usually at fifteen years of age. After that, it is needed every ten years. If one has a particularly dirty or penetrating wound like a nail, tetanus should be given if it has been more than five years. Interestingly, the most common people now getting lockjaw are the elderly, since they have allowed their immunizations to lapse and no longer have protection. 20-50% of patients over 60 years of age may lack adequate tetanus protection!

Whopping cough (Pertussis): Is usually given with tetanus. Most whooping cough cases that are now affecting adults are occurring because the immunizations, received in childhood, have worn off. Epidemics are occurring in several states. If it has been over 10 years, it is time to update your “Tdap” – diphtheria, tetanus and acellular pertussis.”

For all of these immunizations, there may be some mild soreness at the site of injection or a little achiness. Major problems are extremely rare, and the benefit far outweighs the possible harm.

Smallpox has been eliminated with vaccination. When was the last time you saw someone with polio? Risks of immunization are few, and the benefits are many.

Be sure all of your immunizations are up to date. Better safe than sorry.

Republished with the permission of John L. Pfenninger, M.D. – mpcenter.net